• Collect views and opinions on bra culture in Britain.
• Provide a valuable insight into the way in which we shop for Bras.
• Generate anonymous results, relevant to the different counties, ages and genders of Great Britain.
• Help determine the most popular colours, styles and brands of Bras!
• Give you the chance to win a bra a month for an entire year courtesy of Bras&Honey.
• A further prize draw for all who spread the word with the ‘share’ button for a separate prize draw in which you can win a £50 voucher, redeemable at www.brasandhoney.com

Survey will close on the 15th August 2014. Results will be calculated and the winner will be announced on the 29th August. 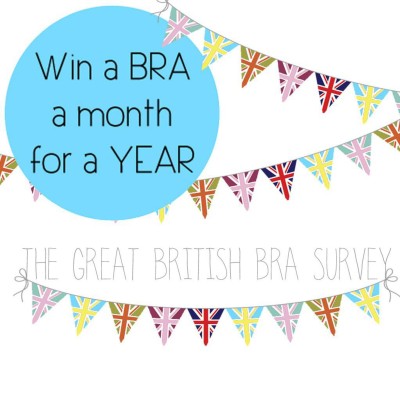 The Great British Bra Survey is primarily initiated to help establish & illustrate the active consumer habits, behaviours & dynamic attitudes felt by Brits towards the divergent elements of the ever thriving lingerie industry across the UK. The survey aspires to place emphasis on the practice and approach to the way in which British Consumers choose to purchase & wear their bras and derive statistics that will hopefully help interpret the positive & productive principles of the underwear industry whilst highlighting the negative areas of the market, allowing us to confirm these ideas & improve upon them. ‘8 out of 10’ women are wearing the incorrect bra size has become a hot topic across many forms of online media; alongside collections of remarkable statistics that aim to illustrate the attitudes of women & men across the UK; statistics that we can’t help but investigate!
View all posts by TGBBS →

No comments yet. Be the first!